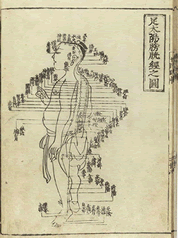 Anyone, regardless of age or physical ability, can practice Tai Chi since Tai Chi emphasizes technique over strength, using internal energy development rather that external force. Although Tai Chi is generally safe, consider talking with your doctor before joining a Tai Chi program. This is particularly important if you have any significant problems with your joints (hip and knees), spine or heart.

Despite its ancient history, Tai Chi has been studied scientifically only in recent years. Research suggests that Tai Chi offers numerous other benefits beyond stress reduction, including:

Like other martial art and moving art forms that bring mind and body together, Tai Chi reduces stress (mental and physical tensions). Practicing Tai Chi regularly creates a state of relaxation and calm and invokes a strong feeling of connectedness of mind & body. Stress, anxiety and tension melt away as the mind focuses on the present moment, finding balance within constant change. The invigorating and refreshing effects of Tai Chi practice usually last well after completion of your practice session.